Local Field Potentials: What Do They Mean? 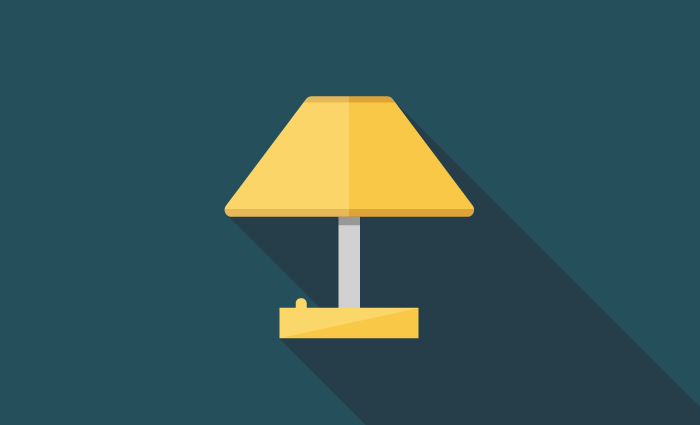 The drunkard looking for his wallet that he lost up the road was asked why look beneath the street lamp.  He replied, “The light is better.”

So what are LFPs and why should increased beta power be a topic of discussion?  One would think this would be the first question asked long ago, but it would seem the horse escaped before the barn door could be closed.  Unfortunately, there is already an extensive body of literature that presumes the significance of increased beta power and, with selective attention and Confirmation bias, any attempts to “walk back” enthusiasm for the notion of increased beta power will not be easy.

A phenomenon that is epiphenomenal is not unimportant or of no use.  For example, the VDRL laboratory test, as an initial screen for syphilis, measures the antibodies to a cardiolipin derived from ox heart muscle tissue, not the Treponema pallidum that actually causes syphilis.  The basis for the VDRL is that a person infected with Treponema pallidum generates antibodies that cross-react with the cardiolipin in the ox heart muscle.  In the case of increased beta oscillations, whatever the real mechanism underlying the pathophysiology of Parkinsonism also produces increased beta power.  However, because the mechanisms are not the same as increased beta power, it may be absent in some patients just as the VDRL may be negative (false) in some patients with syphilis.  Thus, increased beta power in the LFP may be a good biomarker for the presence of mechanisms that produce Parkinsonism, even if not causal to Parkinsonism.  There have been demonstrations of closed-loop DBS triggered off detection of increased beta power but whether this proves to be better than other methods of DBS remain to be seen.

The concerns above relate to medical engineering and therapeutic issues.  From a scientific perspective, the important consideration relates to the specificity of b for a which would be related to the probability of detecting increased beta power in those without Parkinsonism, P(b|¬a), where ¬a is not having Parkinsonism.  The specificity would be 1- P(b|¬a).  As P(b|¬a) approaches the value 1, then the less likely it is that increased beta power is a necessary condition for Parkinsonism and thus, increased beta power can be considered to reflect true pathophysiological mechanisms.  To truly assess P(b|¬a) it is necessary to assess P(b) in samples of patients other than those with Parkinsonism.  Ethical concerns limit the range of patients that can undergo testing of LFP beta power in the central nervous system.  However, recordings of LFPs in the subthalamic nucleus of patients with dystonia have a high prevalence of increased beta power (Wang DD, de Hemptinne C, Miocinovic S, Qasim SE, Miller AM, Ostrem JL, Galifianakis NB, San Luciano M, Starr PA. Subthalamic local field potentials in Parkinson’s disease and isolated dystonia: An evaluation of potential biomarkers. Neurobiol Dis. 2016 May;89:213-22. doi: 10.1016/j.nbd.2016.02.015. PubMed PMID: 26884091; PubMed Central PMCID: PMC4790450).  These observations suggest that P(b|¬a) would be quite high and supporting the notion that increased beta power is not a sufficient condition for Parkinsonism.

From the discussions above there are reasons to question both the external and ecological validity of the notion that increased beta power in the LFPs is causal to Parkinsonism.  In addition, there are biophysical reasons to question the face validity of increased beta power directly causal to the pathophysiology of Parkinsonism.  The question is whether LFPs, as customarily used in assessing beta power, actually measure what would be reasonably accepted as neuronal activities relevant to the pathophysiology of Parkinsonism.

LFPs are typically recorded through electrical contacts (conductors) that are very large relative to the electrical sources generated by individual neurons.  For example, a typical DBS electrical contact is a cylinder that is 1 mm in length and 1.27 mm in diameter for a surface area of 1.99 mm2.  One can contrast that with the electrical contact of a microelectrode typically used in DBS lead implantation surgery for target identification which is on the order of  4.02×10-4 mm2.    The microelectrode recordings are from a volume of tissue on the order of 0.065 mm3, compared to the DBS lead contact volume of 100 mm3.  This means that the microelectrode will include action potentials back propagated into the dendritic trees on the order of 1 to 10 neurons, whereas the LFP will record the summed activities of electrical potentials in the dendritic trees on the order of thousands of neurons.  Typically, the changing electrical potentials of the dendritic trees of the relatively few neurons recorded by a microelectrode can be discriminated based on the time and waveforms of the changing electrical voltages of the action potentials.  No such discrimination is possible with LFP recordings.  Thus, LFPs represent the integrated (weighted sum) of all the changes in electrical voltages in the thousands of dendritic trees in the volume of brain tissue recorded.  There is no way to attribute oscillations in the LFPs to the changes of electrical voltages in individual neurons.  This alone creates doubt that LFPs can provide insight into neuronal pathophysiological mechanisms.

The situation becomes even more problematic as summing oscillators (time varying neuronal membrane electrical voltages) gives rise to complex interactions such as positive and negative resonance and beat effects (see Montgomery Jr. E. B., Deep Brain Stimulation Programming: Mechanisms, Principles and Practice, 2nd edition, Oxford University Press, 2016).  Beat effects are particularly important when considering LFPs.  When two oscillators interact, another oscillation is created at a frequency roughly equal to the differences of the fundamental frequencies of each oscillator (see figure below).  Two oscillators, at 20 and 40 Hz respectively, will produce a beat frequency of 20 Hz (in the beta range).  However, two oscillators at 120 and 140 Hz, or 220 and 240 Hz, all will produce a beat frequency of 20 Hz.  Thus, any combination of two oscillators whose difference is 20 Hz, will produce a third oscillation at 20 Hz.  The problem is that recording a 20 Hz oscillation in the LFP provides no information as to the nature of the underlying oscillators in the volume of neurons recorded.  This is a manifestation of the Inverse Problem, where any number of mechanisms can produce the same phenomenon and one cannot determine the specific causal mechanism from observation of the phenomenon alone.  The potential that LFPs are recordings of beat interactions further casts doubt on the face validity of LFPs reflecting underlying neuronal pathophysiology and physiology.

From the figure above, one could argue that if the increase in the beta frequency LFP is the result of interactions between two oscillators with very high frequencies, certainly some element of the high frequencies should be seen.  However, the typical filter settings used in LFP recordings are such that high frequencies are filtered out.  When care is taken to have high cutoffs in the low pass filters, oscillations of high frequencies are found.  LFPs, in a great many studies, show that the power spectrum (the “amount” of oscillations at specific frequencies) follows the power law of  (Milstein J, Mormann F, Fried I, Koch C (2009) Neuronal Shot Noise and Brownian 1/f2 Behavior in the Local Field Potential. PLoS ONE 4(2): e4338. doi:10.1371/journal.pone.0004338). Thus, it is likely that neuronal oscillators in the LFPs would be hard to detect, particularly if the power spectral density of the LFP is normalized to the total power.

Certainly, there are methods to try to minimize some of these complications.  For example, evoked potentials constructed from LFPs to specific stimuli can help lessen the impact of oscillations from irrelevant neurons that cannot be excluded from the LFP alone.  The presumption is that the change in the dendritic neuronal membrane electrical voltages are time (phase) locked to the stimulus, whereas the irrelevant neuronal oscillators are random and tend to cancel out.  Thus, LFP evoked potentials are very useful.  However, the assumption that these evoked potentials reflect pathophysiology and physiology at the neuronal level is best avoided or at least tempered by appending appropriate caveats.

It is also true that LFPs are technically much easier to obtain.  Lower impedance electrodes help to reduce electrical artifact.  In the case of DBS, the choice of a therapeutic DBS lead constrains the choice of recording electrodes, particularly over longer recording times (indeed it is possible to implant pulse generators that record LFPs from the DBS leads indefinitely).  However, the convenience of LFPs should not be confused for credibility.

While it might well be that increased beta oscillations in the basal ganglia-thalamic-cortical system represent some form of idling in which the patient’s brain gets stuck and the patient cannot move, demonstration of increased beta power in the LFPs is not evidence.  Further, demonstration of increased beta power in the LFP is also consistent with any number of alternative hypotheses.  Failure to consider these alternatives commits the Fallacy of Limited Alternatives because of Confirmation Bias.  The Fallacy of Limited Alternative occurs when a limited set of alternative explanations is considered.  The denial of some alternatives is thought to increase the credibility of the alternatives that remain.  In probability, this results in a form of the Gambler’s Fallacy, in which reducing the probability of one alternative is thought to increase the probability of the other.  For example, being dealt a poor hand in previous rounds of poker leads the card player to think the next round has a higher probability of yielding a good hand.